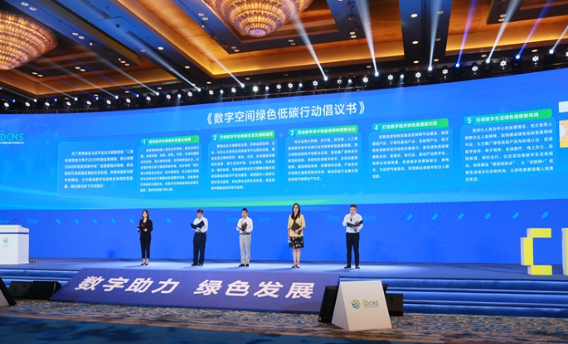 “In 2020, my country’s carbon emission intensity will drop by 48.4% compared to 2005, exceeding China’s commitment to the international community to reduce 40% to 45%.” On the 7th, the “First China Digital Carbon Neutrality Summit” was held in Chengdu. At the forum, Ye Min, deputy minister of the Ministry of Ecology and Environment, said that China has basically reversed the rapid growth of carbon emissions.
“Strive to reach the peak of carbon dioxide emissions before 2030, and strive to achieve carbon neutrality by 2060. my country’s carbon neutral transition has a short time and high pressure.” Sheng Ronghua, deputy director of the Central Cyberspace Affairs Office, pointed out at the forum that digital technology should be promoted. Cross-border applications will further accelerate the networked, intelligent, and clean transformation of traditional industries, and closely combine the carbon reduction advantages of the digital economy with the broad prospects of green development.
“Regarding the difficulties in achieving the carbon neutrality goal, first, the total amount of carbon emissions will come down, and our per capita electricity consumption will increase. Because we have to develop, our per capita level is still far lower than that of developed countries, especially According to the overall development strategy of our national economy, we must grasp the pace of carbon peaking and carbon neutrality.” Zhou Hongren, former executive deputy director of the National Information Experts Advisory Committee, said that we must continue to promote supply-side structural reforms while speeding up power generation. Digital transformation of high-emission enterprises such as, manufacturing and transportation, and vigorously develop clean energy, and realize green informatization. 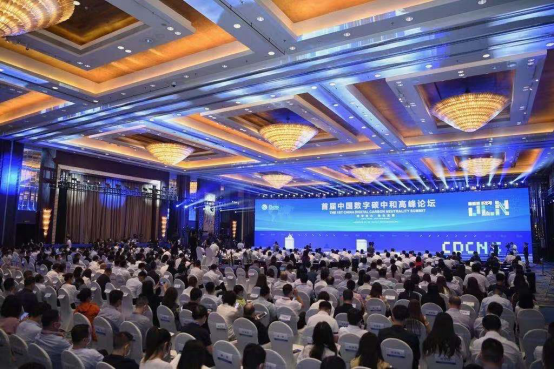 At the same time, the “dual carbon” goal also runs through the entire field of the digital industry and the entire process of production and operation. “It is necessary to focus on solving the energy consumption problem of big data centers. At present, my country’s data centers and 5G base stations consume more than 120 billion kilowatt-hours of electricity each year, accounting for about 2% of the total electricity consumption of the whole society, equivalent to 73.2 million tons of carbon dioxide emissions, and Shows a rapid upward trend.” China’s special envoy for climate change affairs Xie Zhenhua pointed out that data centers should study technologies and measures to reduce big data energy consumption, and accelerate the construction of a green and low-carbon national integrated big data center system.

is not only on the production side, but also on the consumer side to reduce carbon emissions. Jiang Nanqing, secretary general of the Green Cycle Committee of the All-China Environmental Protection Federation, mentioned that the carbon emissions of many products are generated at the consumer and disposal ends, and the energy consumption during the use of products is much greater than the energy consumption of production. “It is necessary to extend the back-end infrastructure of the industrial chain, and make consumers a part of the circular economy and production system by establishing personal carbon accounts and carbon credits.”
At the forum, the China Internet Development Foundation announced the official launch of the preparations for the Digital Carbon Neutralization Special Charity Fund, and issued the “Digital Space Green and Low-Carbon Action Proposal” to the whole society, and also signed with relevant institutions and enterprises in the digitalization of carbon. Memorandum of understanding on strategic cooperation with goal achievement.